WE ARE IMMIGRANTS, PIONEERS, FARMERS AND ENTREPRENEURS.

Berryessa Gap’s connection to the land runs deep with farming roots from both Spanish and German ancestry in historic Winters, CA in Yolo County.

For thirty years, Martinez Orchards continued to sell rootstock cultivated in Winters to vineyards in neighboring counties, and in 2000, Dan Martinez Jr. and collaborative business and farming partner Santiago Moreno purchased the Coble Ranch at the crest of rolling hills overlooking Berryessa Gap - a local visual landmark seen for miles around – and planted this never before cultivated land to vineyards. The Coble Ranch is the estate vineyard from which Berryessa Gap’s grapes are sourced. Martinez Orchards continues to grow and sell grapevine rootstock throughout California today.

The site of Berryessa Gap Vineyards commands this view, overlooking literally a gap between the hills, east of Lake Berryessa. Here stands a very large and stately oak tree, thought to be around 300 years old. Surrounding this fine oak tree are the rolling vineyards which produce distinctive wines of the region, planted with rootstock grown only by Martinez Orchards.

Steeped in family agricultural history in Winters, our winery operations began on Main Street in 2002 as we repurposed the old Winters Winery facility, and is now the location of our expanded wine tasting room. Mike Anderson, Ernest Peninou’s great nephew, became our winemaker, continuing the legacy and bringing regional terroir into focus and helping to launch our business.

In 2005, we expanded and relocated our winemaking production to the historic Tufts Ranch fruit packing warehouse, minutes from downtown Winters. We invite guests to visit our second wine tasting room there, as a memorable stop on wine country backroad Highway 128 traveling to or from nearby Napa Valley.

Both wine tasting locations showcase our family farming and viticulture heritage with roots in Northern California wine country brought to each glass - from rootstock to bottle.

In 2013, Berryessa Gap hired winemaker Nicole Salengo to bring her local winemaking expertise to the market with fine new wine offerings. Nicole is passionate about the uniqueness and potential of Winters terroir - her winemaking style has already garnered many accolades in domestic and international wine competitions. 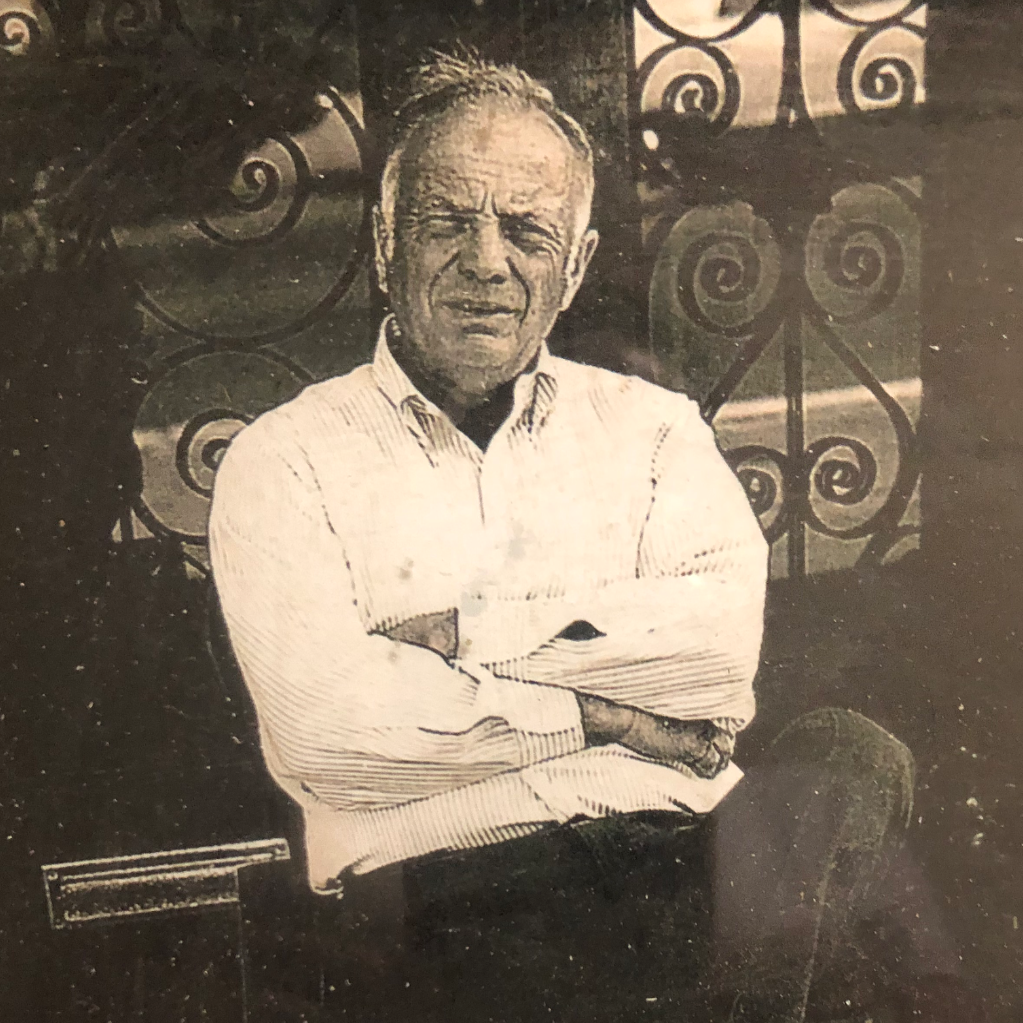 Ernie was a lifelong resident of San Francisco. He was the son of Andre Peninou, founder and proprietor of A. Peninou French Laundry, one of San Francisco's great French laundries. He was a graduate of St. Ignatius High School and Stanford University and a veteran of World War II, USN Peridot. Ernie studied Enology at UC Davis and played a major role in the redefining and refining of California winemaking after World War II.  He was the head winemaker at Madrone, Almaden and Fountain Grove Vineyards, a colleague of Maynard Amerine, Louis Benoit, Frank Schoonmaker and Martin Ray. Ernie also pioneered the propagation of phylloxera-resistant rootstock in California when he partnered with Dan Martinez in Winters, CA to start a grapevine nursery business. He was an eminent historian of winemaking in California.  His published works include, "Winemaking in California, History of Winemaking in Sonoma County," and "Leland Stanford's Great Vina Ranch." 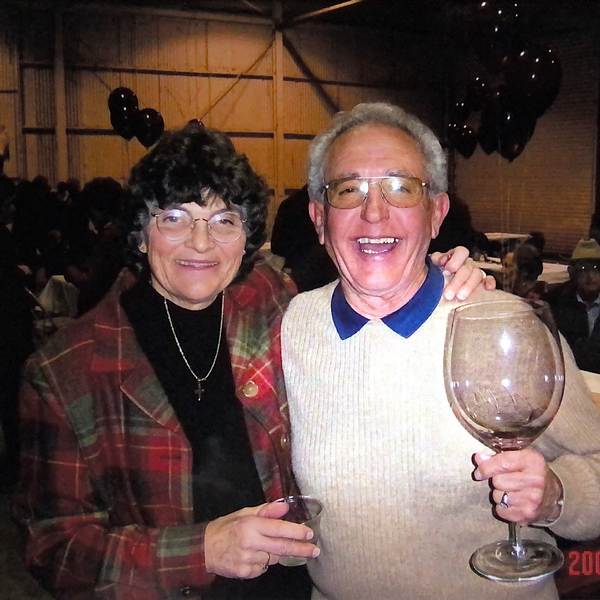 Born to Spanish immigrants Isabel and Juan Martinez who left southern Spain, Dan Martinez was a lifelong resident of Winters, CA.   Dan married his high school sweetheart, Joan Rominger Martinez, and together they had four daughters and one son.  Dan Sr. began farming apricots in the hills west of Winters in 1960.  He farmed his entire life adding almonds, walnuts and prunes to his orchard business.  Dan met Ernie Peninou in conjunction with selling his apricots in Winters and they jointly started a grapevine nursery business in Winters in 1969.  The rich fertile soil along Putah Creek provided an ideal location for cultivation of disease resistant rootstock.  Dan hired Santiago Moreno in the early 1970s to work in his farming operations.  Santiago became Dan’s foreman and is now partnered with son Dan Jr. in farming and Berryessa Gap Vineyards, a legacy to Dan Sr. 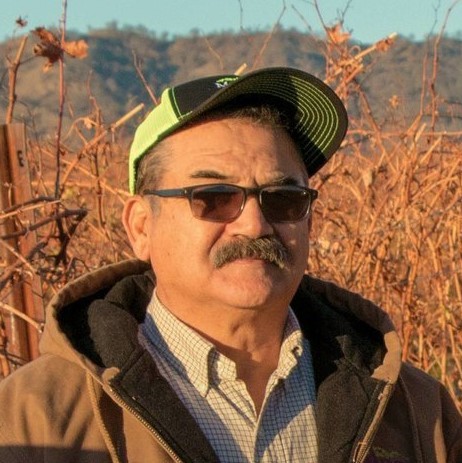 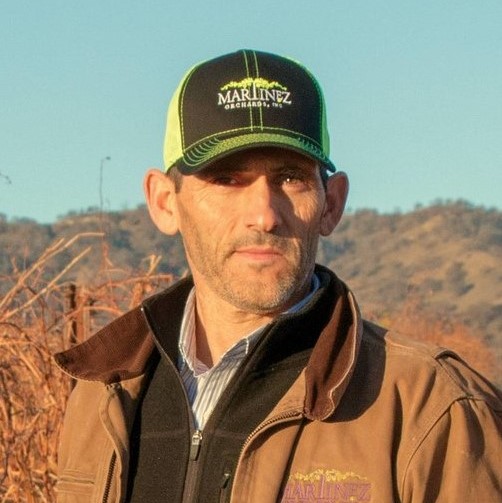 Co-founder, co-owner and CFO of Berryessa Gap Vineyards, purchased the Coble Ranch for vineyard sites in 1998 with co-owner Santiago Moreno. Dan also acts as President of Martinez Orchards, Inc. growing prunes, walnuts, grapes and grapevine rootstock. Dan graduated from Cal Poly, San Luis Obispo in 1992 with a BS in Agricultural Engineering. He worked for three years designing irrigation systems for Golden State Irrigation in Stockton, CA before returning to the family farm in Winters. Dan is currently a Board Member of the National Grape and Wine Initiative; California Fruit Tree, Nut Tree and Grapevine Improvement Advisory Board; and the National Grape Clean Plant Network. Dan served as Mayor of the City of Winters with a deep sense of generational commitment to his community. 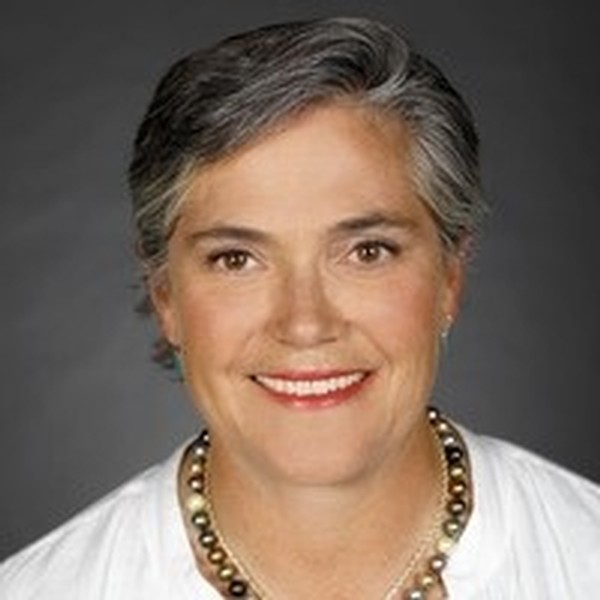 Co-owner, President & COO of Berryessa Gap Vineyards. Siblings Dan and Corinne Martinez are proud of their family farming heritage and Berryessa Gap Vineyards, one of the first wineries in historic downtown Winters. She is active in the Winters community on the Board of Directors for the Winter's Downtown Business Association, Board of Directors for Visit Yolo, and is founder and member of Yolo County Vineyard & Winery Association, a not-for-profit mutual benefit marketing association for regional wineries. Corinne graduated from UC Berkeley with a BA in English and earned her MBA in Strategy and Marketing from the University of Chicago’s Booth School of Business. She retired in 2020 from Microsoft Corporation where she led a global center of excellence for its Enterprise Services Business, concluding a highly-accomplished career in technology.